About the Macadamia Industry

About the Macadamia Industry

Australia is the world’s major producer of macadamia nuts, the only Australian native food crop that has ever been developed and traded internationally as a commercial food product.

Macadamias originated 60 million years ago in the rainforest on the eastern seaboard of Australia in far north New South Wales and south east Queensland (read the history in About Australian Macadamias).

After decades of hard work and careful development, driven largely by the industry’s peak body, the Australian Macadamia Society, macadamias are now the fourth largest Australian horticultural export, an outstanding achievement for an industry that only established its first commercial processing plant in 1954 and was unknown outside of Queensland before this time.

Today, there are more than 700 growers across three states, producing around 50,000 tonnes per year, with 70% of the crop exported to more than 40 countries. Our key export markets are Japan, Korea, Taiwan, China, Europe and North America but our biggest market is Australia itself. Few, if any, other horticultural industries can boast the same level of export marketing achievement. The industry is now worth more than $280million annually, employs thousands of people and contributes millions of dollars to regional economies.

Australia is the recognised global market leader and enjoys an enviable reputation for its high-quality macadamia nuts and world’s best production practices. Australian macadamia growers invest $2million per year in cutting edge research and development to ensure our industry remains at the forefront of world production, and are committed to conserving the natural resources on which our world class product relies.

The farm gate value of the Australian macadamia industry is valued at $286.5million (2016), factory gate is $321million and retail value is estimated at $576million. Nuts make up 40 per cent of Australia’s horticultural exports (valued at $1 billion), with macadamias making up $200million of that.

The main growing region stretches around 1,000 kilometres along Australia’s east coast; from the mid north coast of New South Wales up to Mackay and Rockhampton in Queensland. Australia has an estimated 11 million trees varying in age from newly planted to over 40 years old, covering an area of 33,000 hectares. The industry is expanding rapidly, with substantial new plantings underway in new and existing regions. 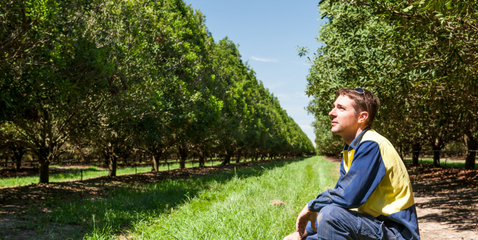 The Northern Rivers is the largest planted macadamia growing region and is home to around 500 growers.
Download PDF 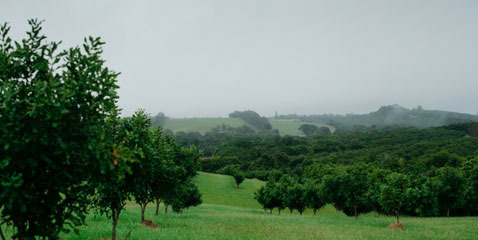 Gympie and the Glass House Mountains are two of the well-established macadamia growing regions of Queensland.
Download PDF 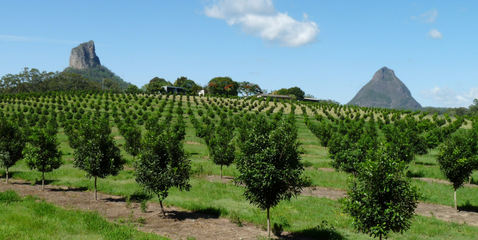 One of the lesser-known macadamia growing regions in Australia is the Mid North Coast region of New South Wales.
Download PDF 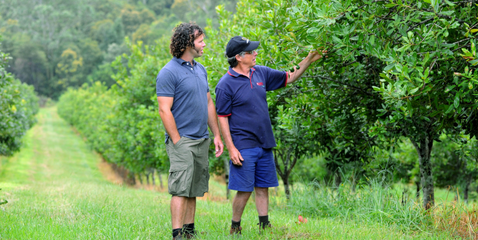 The Australian macadamia industry has over 700 growers throughout Australia, with the majority based in growing regions stretching from Bundaberg to Nambucca on the eastern coast of Australia. Our macadamia growers range from third generation farmers to white collar tree changers. All have one thing in common, a passion for macadamias.

Liz and Paul Hudson live and work on their macadamia farm in the small village of Newrybar, on the Far North Coast of New South Wales.
Read More 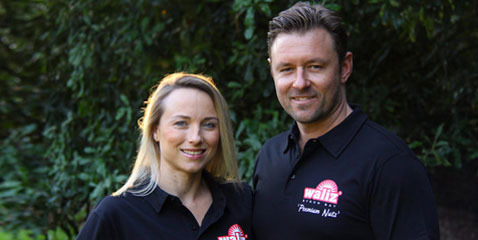 Michelle Ninness made a tree change to the Northern Rivers region of NSW eight years ago, and we mean that literally!
Read More 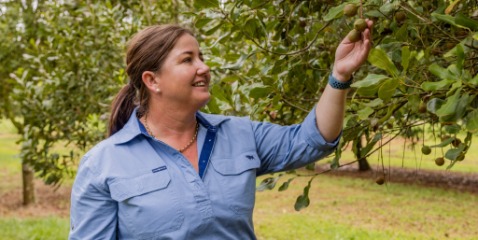 Farming is in Adrian Walsh's blood. He's worked on the land all his life, starting out on a cotton farm in Emerald, Queensland, before moving into ginger, watermelon and potato .....
Read More 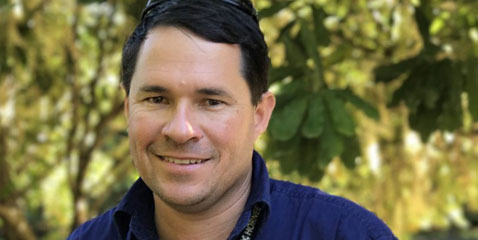 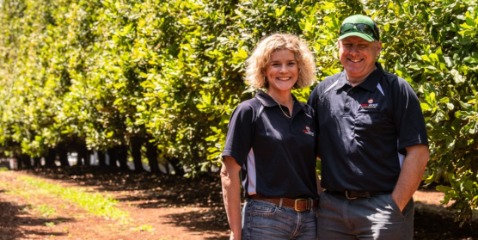 Bundaberg-based macadamia growers Daryl and Nicole Wake are known throughout the macadamia industry for their generosity and commitment.
Read More 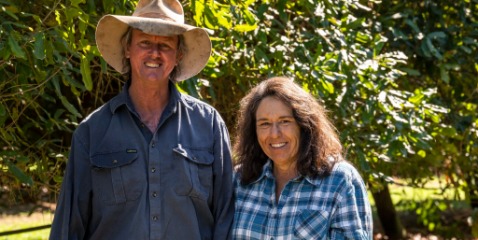 Graham grew up on a farm in the South Burnett region of Queensland where his family farmed goat dairy, beef cattle and cropped lucerne and sorghum.
Read More 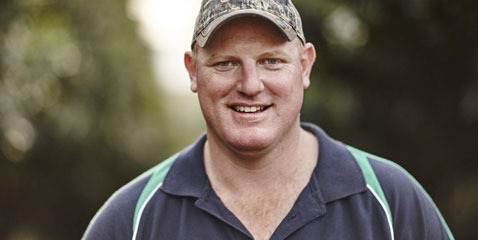 Our macadamia growers are committed to clean, green production and the world’s best practice farming methods to help create a sustainable future, not only for themselves but also for the communities in which they work. In everything we do, we are mindful of our responsibility to current and future generations.

We invest millions of dollars annually in ongoing scientific research towards continually improving all parts of the growing and production process.