Australian production and prices from 2013

In shell production volume is based on in shell receipts supplied by the Australian Macadamia Handlers Association (AMHA) which represents 90% production in Australia. From 2013 the Australian Macadamia Handlers Association (AMHA) agreed to collect and provide the statistics for the average in shell price paid to growers based on the total amount paid to purchase in shell excluding GST but inclusive of all subsidies/bonuses and freight. The average in shell price published is based on actual sound kernel recovery rates.

Reported volume from 1987-2008 was based on available industry data. From 2009 reported production volume was based on in shell receipts supplied by the Australian Macadamia Handlers Association (AMHA) which represents more than 90% of production. Reported in shell prices from 1987-2012 were based on industry information which was collated to calculate an indicative price per kilogram at 33% sound kernel recovery (SKR). 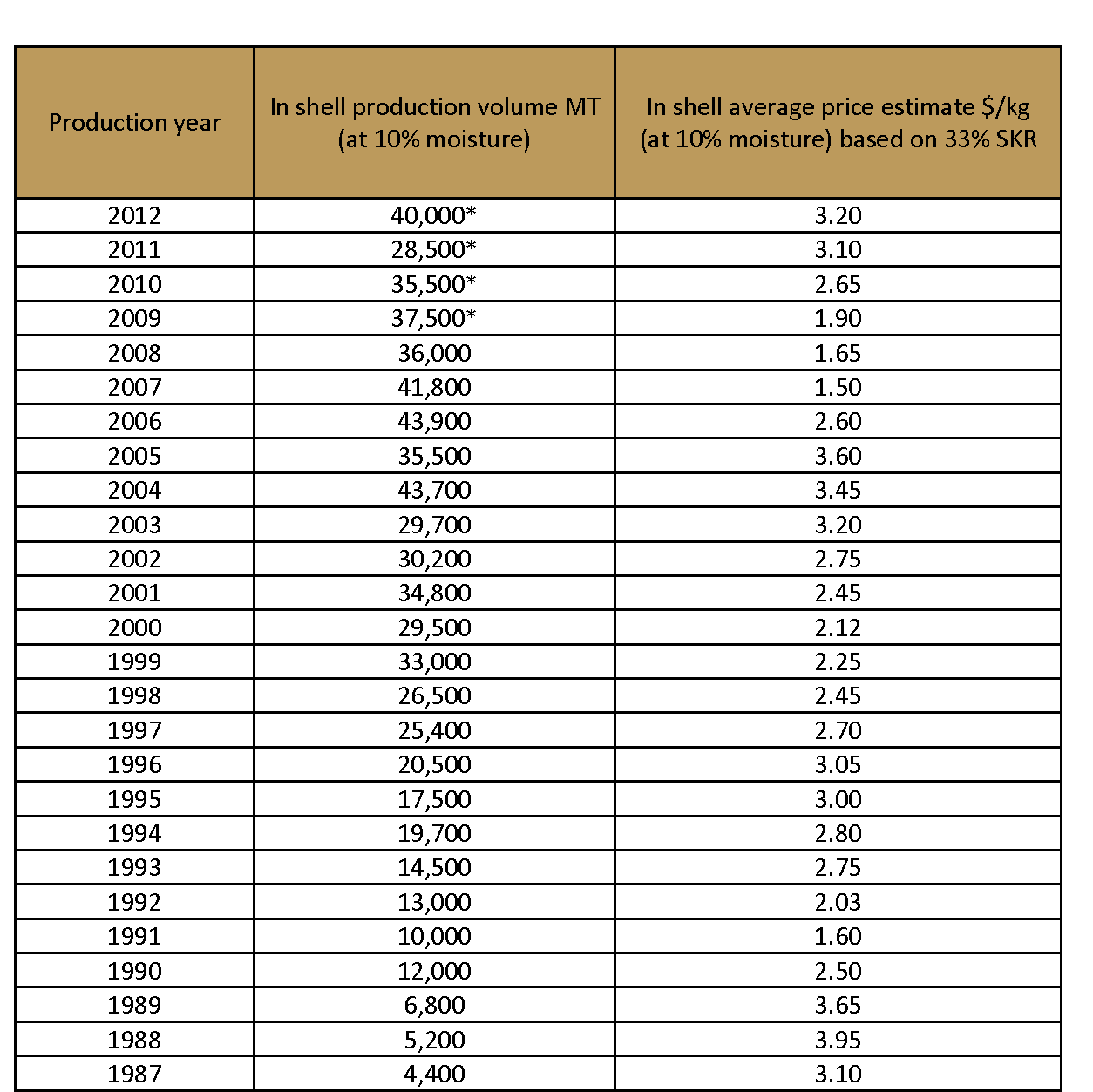