On International Women’s Day, we acknowledge and celebrate the enormous contribution women make to the Australian macadamia industry. 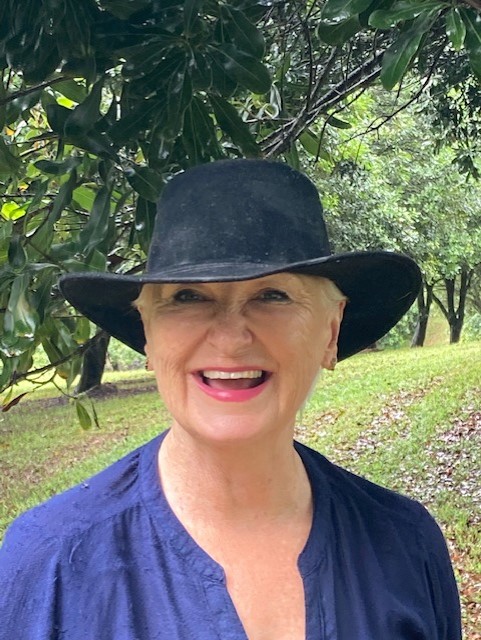 Sometimes our greatest strengths come out of strong adversity, and this was certainly the experience of Cath Ford and husband Chris when they decided to take the jump into macadamia farming 25 years ago.

Cath explained that she and Chris bought a farm at Rosebank and arrived with their two young daughters in 1997, to join her mother and father who had started one of the first macadamia farms on the Eureka plateau. Both had professional careers in Sydney, Chris in the Reserve Bank and Cath in executive recruitment and, before that, capital markets dealing.

Tragedy struck, however, when Cath’s father died in the first year they arrived. Cath explained that this contributed to their first year on the farm being “unbelievably traumatic”.

“We went into farming with such optimism but that wasn’t the reality. It was a steep learning curve,” she said.

With Cath’s mother taking on the farm at Eureka, they soon realised they were undercapitalised for what they wanted to do on the Rosebank farm. To add to a complex situation, Chris was offered and took up a position at the International Monetary Fund as a financial expert, which involved a lot of international travel.

This meant that he was away a lot, and Cath was with the girls by herself.

“At the end of the day that was where I wanted to be as we had made a commitment and we were going to stick to it,” Cath said.

Cath knew running the farm on her own wasn’t going to be easy, but she didn’t want to go back either.

“You have to have that moment of despair, then turn around and snap out of it,” she laughed.

“I gave myself the liberty of five minutes of anguish and now I put a smile on my face and get on with it.”

In the early days Cath employed a manager, however, she and Chris soon worked out they could run the farm themselves. While they are equal partners, they do different tasks that mean they work as a team in the macadamia business.

Cath soon realised that to effectively operate a macadamia farm and its equipment, you must have a good understanding of all the equipment.

“It is not necessary to use all of them, but you must know how to operate them to the benefit of the farm. Essentially it’s important to learn your trade."

Developments on the farm

Over the years, there have been significant changes on the farm, as management issues with different crops became obvious and as the macadamia trees matured.

The Bluff was originally planted 50 per cent to tropical fruit and 50 per cent to macadamias before the Fords removed the fruit as it was too hard to keep up with pest management. They then decided to plant 12,500 coffee trees with the macadamias because they didn’t want a monoculture.

While this worked when it was wet, in dry years it became obvious that coffee was not going to be a sustainable crop because it needed a lot of water. The machinery came out again to remove the coffee trees, and Cath and Chris planted more macadamias, at one point reaching 8,000 trees.

“It became clear the older trees needed more sunlight to maintain and increase production, so we removed every second row in the old orchard, which worked well,” said Cath.

As production has increased, they have chipped the trees that were removed and spread some of the material in the orchard, leaving some for following years.

Their attempts to stay certified organic through BFA were stymied after eight years as surrounding farms were using chemical inputs. Cath explained that while they were committed to this approach, it was clear they were going to lose their certification so, unhappily, they gave it up.

“We still believe in organics and the potential of macadamias to be organic, however, it requires more research and development in the industry,” she said.

One of the driving forces behind the industry’s Women in Macadamias initiative, Cath is passionate about supporting the AMS to create an environment that encourages women’s participation in industry and decision making at all levels.

“When I started out in the industry, I was the only female doing the TAFE Production Horticulture course. These days, it’s 50/50 males and females.

“The AMS’ Women in Macadamias initiative has opened a conversation, where if someone has a challenge, they can reach out to other females. We didn’t have that when I started out.

Amidst the catastrophic flooding across SE QLD and the NSW Northern Rivers last week, that conversation amongst the group became even more important. The AMS facilitated a Zoom meeting to connect females across the industry.

“That meeting was so incredibly important and rewarding. We all got to talk to, and support each other, in the aftermath of the flood. There were people who had lost so much, one woman had lost 10,000 trees. We were able to all put our heads together and try to figure out solutions to what were huge challenges.

“I’m looking forward to working with the AMS this year to provide many more of these networking and mentorship opportunities for all women in our industry.”