The future is brighter for Australia’s rarest Macadamia species following a successful propagation and planting project.

The first planting was launched today at the Bundaberg Botanic Gardens, one of 4 sites where groups of the endangered Macadamia jansenii will be able to grow in a secure location. 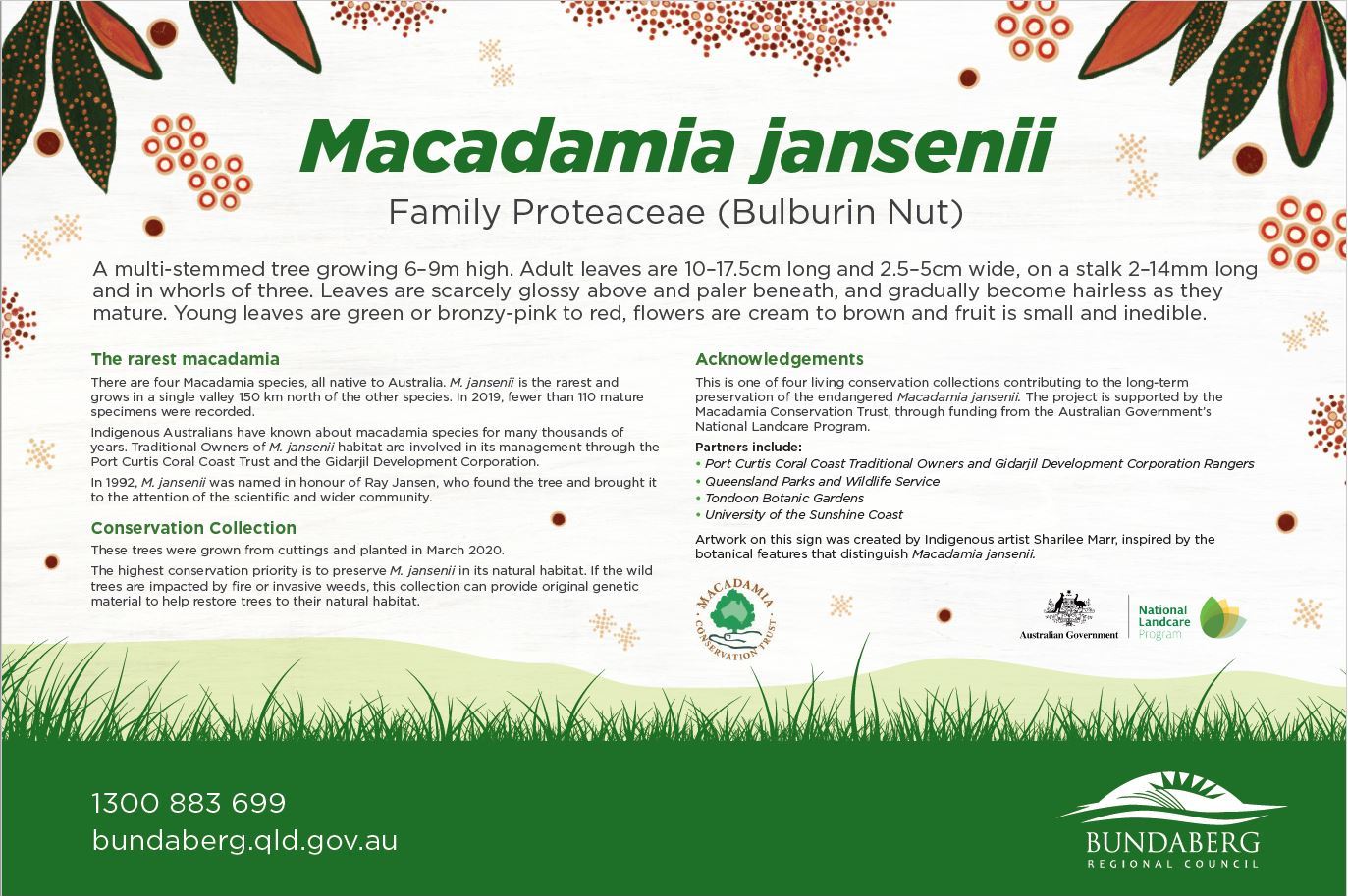 Executive Officer of the Macadamia Conservation Trust Denise Bond said that the tree commonly known as the Bulburin Nut is only found in the wild in a single location north of Gin Gin.

“In 2019 there were fewer than 110 mature trees recorded, and since then we had the terrible bushfires which unfortunately killed some trees,” she said.

“That’s why it’s so important to have some trees growing at secure sites like Botanic Gardens, as an insurance against threats to their survival.”

Ms Bond said that until now there has only been a single insurance population at Tondoon Botanic Gardens.

The Tondoon trees were propagated by David Bell in 2011 from cuttings taken under strict licence conditions from 43 wild trees.

“Once the trees at Tondoon were old enough to safely provide cuttings, we were able to grow additional clones, without putting the wild population at risk.

The trees we are planting today are genetically identical to the wild ones, so we are preserving their DNA.”

“This genetic material could also be vitally important to develop new and improved varieties of commercial macadamia nuts – an industry that is worth $280M per year to Australia.”

Bundaberg Regional Council Parks and Garden portfolio spokesperson Cr Wayne Honor said that the Bundaberg Botanic Gardens was an ideal location for the new trees, with room for the complete set of 43.

“We have put them in a great location next to a new pathway and lagoon and installed an informative sign so that visitors can easily learn about this endangered tree,” he said.

Cr Honor said the project not only benefited the Macadamia industry, it was an example of co-operative efforts to save an endangered plant.

“I congratulate the rangers from Gidarjil who collected the cuttings with the Queensland Parks and Wildlife Service under supervision of the Sunshine Coast University.

“I also thank our friends at the Tondoon Botanic Gardens who got the cuttings to strike and grew the trees until they were ready to plant.”

Under the project, Macadamia jansenii will also be planted at the Australian National Botanic Gardens in Canberra, the Brisbane Botanic Gardens at Mt Coot-tha, and the Maroochy Research Facility.

The project is supported by the Macadamia Conservation Trust, through funding from the Australian Government’s National Landcare Program.

Funds were provided by Hinkler Park Macadamia Plantation and the Friends of the Australian National Botanic Gardens, which have played a critical role in the success of the project. 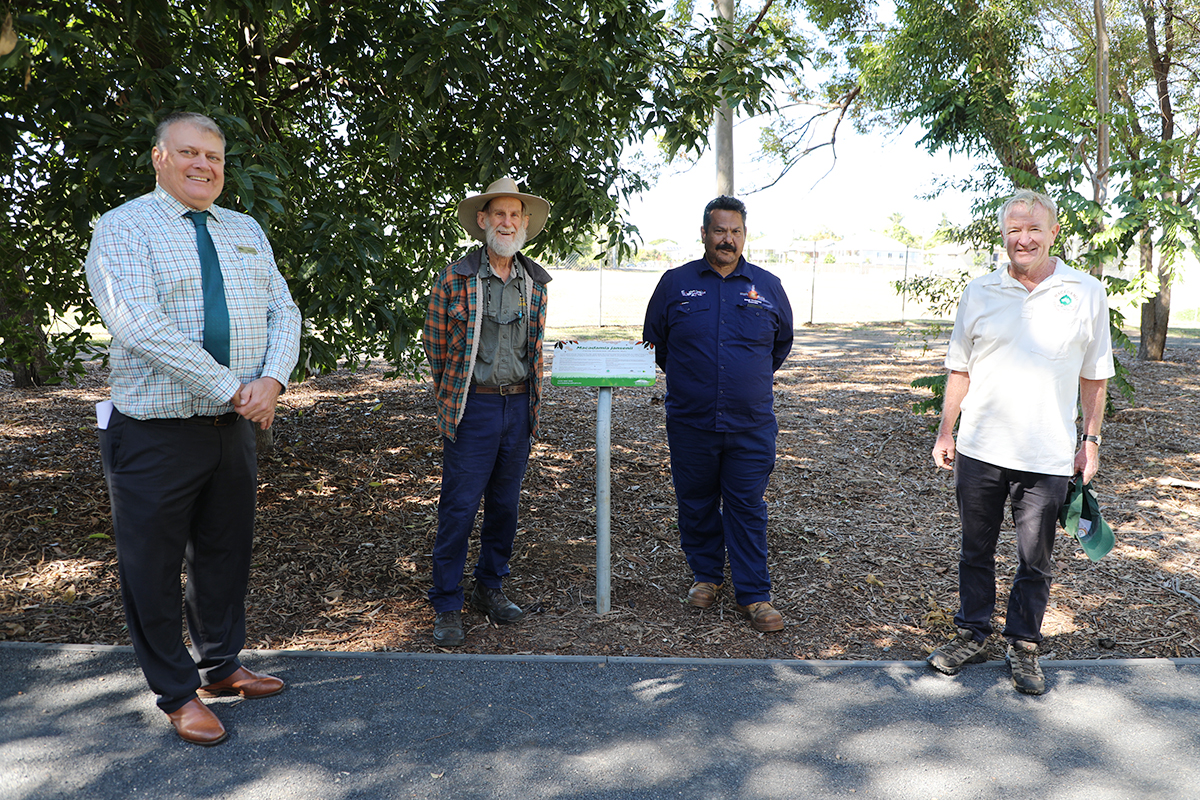