Getting to the root of Macadamias 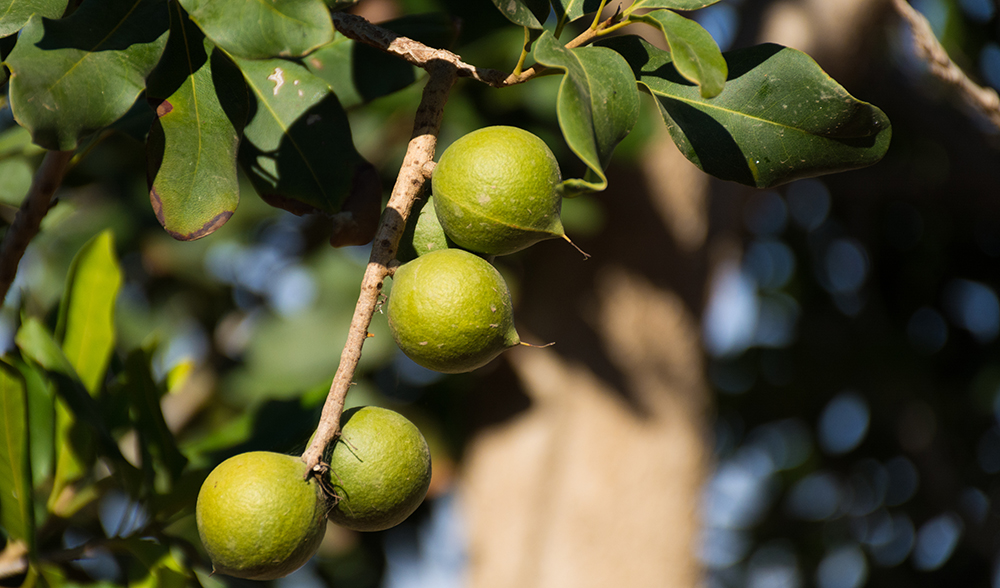 It’s being dubbed the Ancestry.com project for macadamias, as researchers build up the family tree of Australia’s most famous native exporter.

As part of the project, researchers are carrying out genetic tests on over 600 unique individuals of the ancient tree nut to identify their origins, with the aim of identifying individual trees of high conservation value for future industry productivity.

Since the early 70s’, Australian macadamia production has increased by 400 per cent.

Dated at around 30 million years old, the humble macadamia tree is a genus of four species of trees indigenous to Australia.

Macadamia is the first Australian native plant to have been developed as an international food crop and is a major contributor to the national horticultural industry with a production value of over $297 million.

The oldest known cultivated macadamia tree is still standing in the Brisbane Botanic Gardens and was planted in 1858.

“The research will allow the industry to develop high performing and productive new varieties for growers, with the best combination of traits that have evolved over thousands of years through adaptation to the Australian climate,” he said.

“Worldwide, there is increasing recognition of the importance of conserving wild crop relatives for future food security.

“Australia is the centre of diversity in the world for macadamias, and wild populations of macadamia, which are found only in subtropical eastern Australia, are an irreplaceable source of genetic variation.”

Ian McConachie, macadamia grower and a life member of the Australian Macadamia Society said this project was important because it had the capability to revolutionise the industry through characterising the tree nut.

“For years now we have been working with Hort Innovation and genetic scientists to develop new varieties of Macadamia that will produce a higher yield and have more genetic variability,” he said.

“More than 80 per cent of wild macadamia trees in Australia have been lost through land clearings; meaning our current supply is produced from limited germplasm. Up until now, we’ve been unsure about what the genetic characteristics of wild macadamias are. But this project will change that.”

Mr McConachie said, as a grower, understanding genetics in breeding was a major factor in improving productivity.

“This concept is very exciting to us because we already know that our potential yield is three times (3x) higher than what we are currently producing,” he said.

“We believe we can only gain success through breeding superior varieties and we can only do that by understanding their genetics.”