In June 2017 Australia Zoo introduced its new star, a koala named “Macadamia”. He was born about seven months earlier, was the first joey of the season to emerge from its mother’s pouch and became an instant international star. 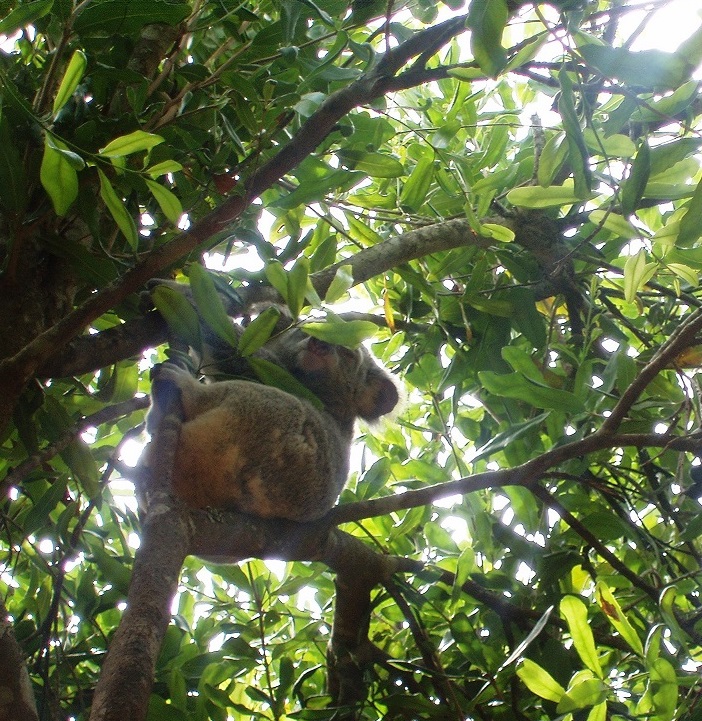 This photo shows what may be Macadamias’ great grandparent happily snoozing in a macadamia tree at the zoo in 2005. If you have visited Australia Zoo you may have been surprised to see some old macadamia trees there - and even more surprised if you found a koala asleep in one. But delicious macadamia kernels are not on a koala’s menu and neither are the leaves. The koalas have found the crotch angle of many macadamia limbs very comfortably suits their bottom and are an ideal place for them to spend their up to 20 hours daily sleep and dream time. The Northern Rivers koalas have also been known to leave their feeding habitat to sleep in macadamia orchards.

The macadamia trees at Australia Zoo were planted by Col and Miriam Heselwood in the late 1960s and, at the time, were an example of a high standard grafted commercial orchard containing less than 1000 trees. Col Heselwood was one of the founding fathers of the modern industry and his vision resulted in the formation of the AMS in 1974, with Col the first president. Both Col and Miriam became Honorary Life Members. In 1970, Bob and Lynn Irwin established the Beerwah Reptile and Fauna Park next door, facing the old Bruce Highway. Their late son Steve, his wife Terri and now their children Bindi and Robert continue the family legacy. It is not surprising that both Australia Zoo and macadamias are enshrined as Queensland Q150 icons.

The Heselwood’s and Irwin’s were friends and on Col’s passing Bob and Lynn assisted Miriam with the orchard, eventually purchasing it from her. In time the orchard became incorporated into the zoo with some macadamia trees retained inside the bird enclosure. The koala section adjoined this and some of the koalas found their perfect place to sleep.

Let us hope that little “Macadamia” enjoys a long, contented life at the zoo as a delightful ambassador to the world’s finest nut.