Switch to macadamias pays off

On International Women’s Day, we acknowledge and celebrate the enormous contribution women make to the Australian macadamia industry. 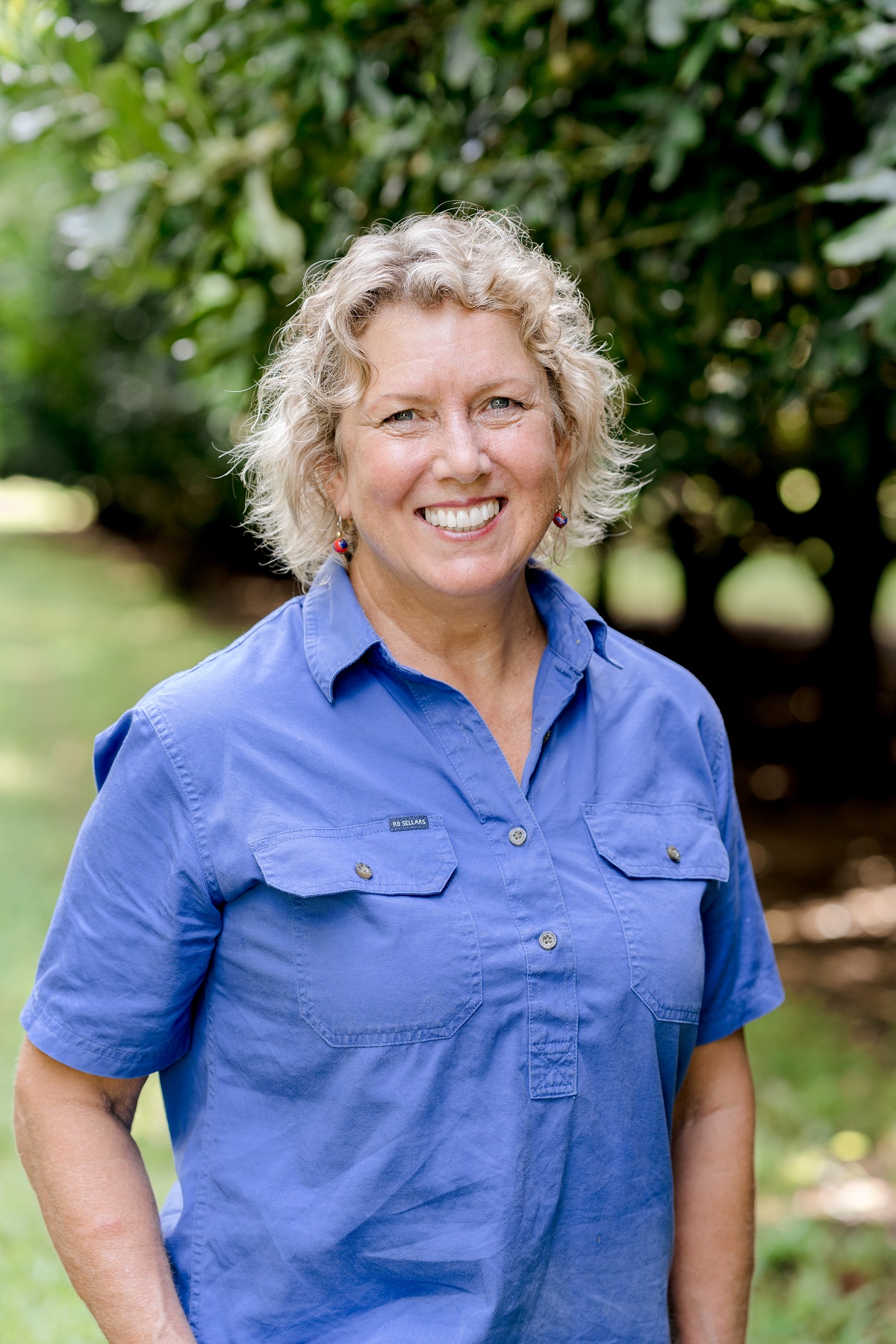 Along with husband Vince, Dianne Vere has been in the macadamia industry for around 25 years, having previously been involved in growing pineapples, strawberries, pumpkins and zucchinis. The Veres are also partners in ‘Vere Farms’ at Blackbutt, which is managed and operated by their son Alan and his wife Candice.

Vince and Dianne decided to switch to macadamias and get out of growing pineapples after the Golden Circle cannery changed consignment allocations based on share ownership. Dianne explained that this placed them in an unviable situation.

“We had planted the whole farm and were preparing to purchase shares with the crops ready to be harvested. Unfortunately, the price of shares skyrocketed, and we were left in limbo – not enough shares to sell the fruit, which had to be dropped on the ground,” she said.

Vince started thinking about the option of growing macadamias after a stint doing some contract slashing for the local council. At that time, Dianne was also working off farm at the local co-op.

“We liked the idea that macadamia farming was less physically demanding than pineapples (as we are not going to get any younger) and it was less labour intensive than strawberries,” she said.

While Dianne worked at the co-op, Vince began preparing the farm for growing macadamias. Trees were planted on each block as the pineapples were taken out, something that took a few years. They started with H2 nuts bought from Sahara Farms and employed a friend who did grafting commercially.

“I was taught to do the bud grafting and we started to gradually plant the farm. All our 741 and 344s were grafted here on the farm, while the 816s were purchased in later years,” Dianne said.

Dianne’s background being brought up as a member of a farming family has stood her in good stead and she is familiar with the demands of agriculture and the unpredictability of nature. While her family was young, she kept her education up to speed which helped her work off farm while the macadamia trees were being established.

As part of her education, she learned the skill of stick grafting after they bought the farm at Blackbutt.

“These trees were used to expand the plantation on that farm. This is still being done to increase their plantings,” she said.

As with most farmers, their time has not been without its disasters, which have included a hailstorm in 2020 and prolonged dry periods that led to two years of low production. During this time, Dianne had to work off farm again although is back full time now.

Working on the strengths of the team

She and Vince have had time to try jobs out on the farm and decide where their individual strengths add to the team. Dianne said that they work well together, with Vince responsible for the mechanical side of operations - he does the spraying, harvesting and farm machinery maintenance.

“I am responsible for record keeping and financials, ordering, collecting parts and chemicals etc, general maintenance, attending meetings and being a general farm hand. During harvest my primary role is dehusking.

“We do not have any extra staff, though our son has done some work at times when needed,” she said.

Dianne and Vince now manage their mature orchard to a definite schedule that includes canopy and floor management. The trees, many of which are large, are mulched and pruned and regularly, allowing for enough light in the orchard.

“We do not have a reliable water source to do irrigation and rely on the weather for rainfall,” she said.

Opportunities in the Women in Macadamias

Dianne is enthusiastic about the AMS Women in Macadamias initiative as she feels the activities that will be organised as part of it will enable women to meet other women in the industry. She is hoping that the initiative can provide opportunities for women to develop skills, e.g. in machinery maintenance, discuss ideas and promote themselves in the industry.

As she points out, women are a significant proportion of the industry and they are often working hard “behind the scenes”.

“We need to have the opportunity to meet others to talk and share stories. We are not alone in our struggles, challenges and concerns; together we can support each other and develop more confidence,” she said. 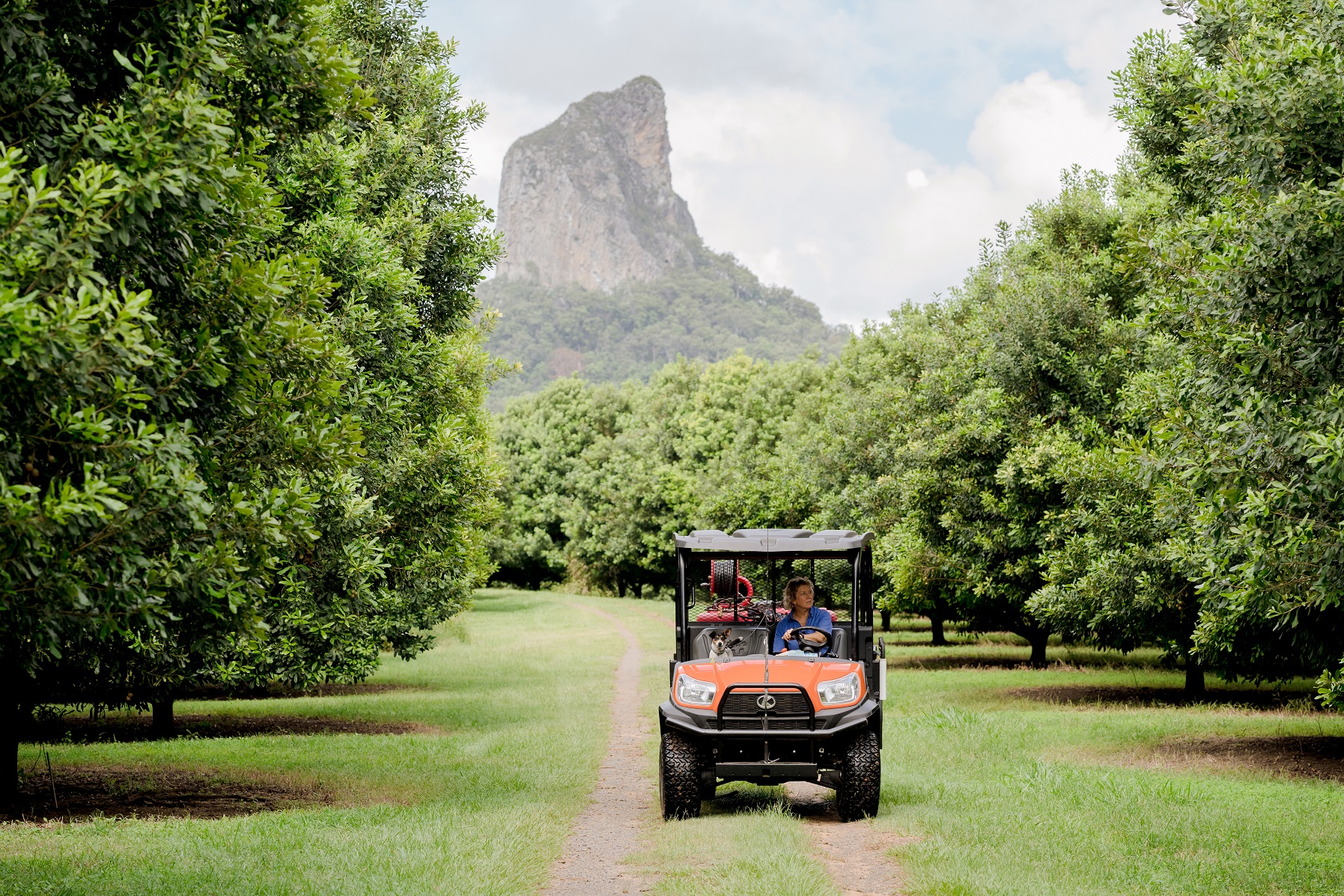