Yesterday was an important day for the Macadamia Conservation Trust (MCT) and for Brisbane when cuttings from the Walter Hill tree were taken as a first step in a project to restore the city’s lost macadamia habitat. 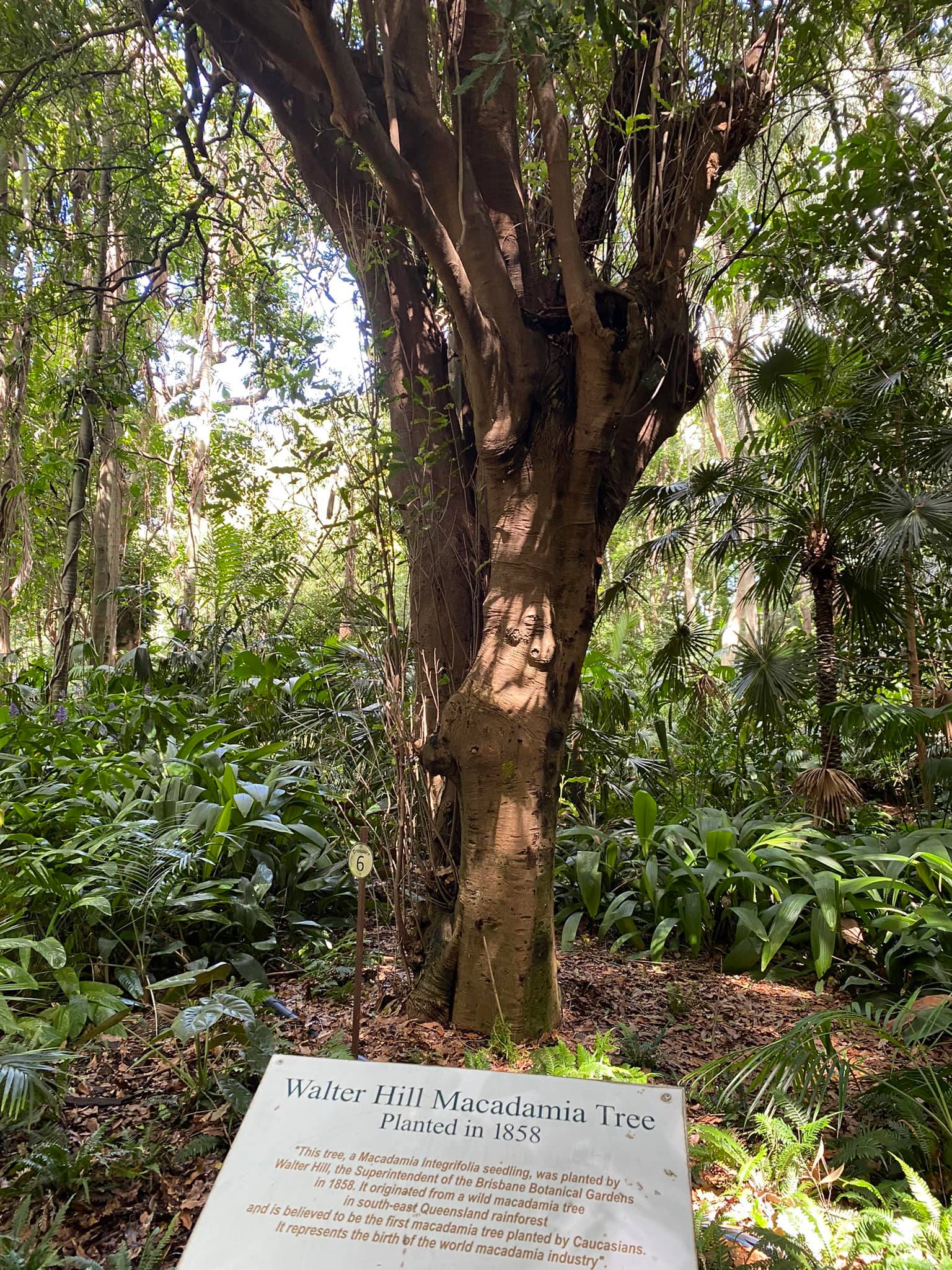 The Walter Hill tree, planted in 1858 in Brisbane’s Botanic Gardens, is one of the very few macadamia trees that has survived extensive clearing for agricultural and urban development along Brisbane’s creeks and rivers. In fact, until the recent Wild Macadamia Hunt run by Healthy Land and Water and MCT, only ten trees from the macadamia population that once grew from the Brisbane River south to Beenleigh had been located. Through the hunt, a few more descendants of Brisbane’s lost macadamias have been found growing in backyards and parks.

MCT Executive Officer Denise Bond said that as some of the original ecosystems are restored around Brisbane, it is important to include locally endemic macadamias in places where they would have grown originally.

“The cuttings that we collected yesterday from the Walter Hill tree were an important start to this restoration effort,” she explained.

Seedlings grown from nuts from a wild tree pass on DNA from their mother tree, but the father tree might be any macadamia within a few kilometres, including cloned cultivars. By planting cuttings of trees from the original Brisbane population, DNA is being preserved from both local, wild parent trees.

“In this way, the Macadamia Conservation Trust is working to make sure that the original Brisbane macadamias survive as part of our environment,” said Denise.